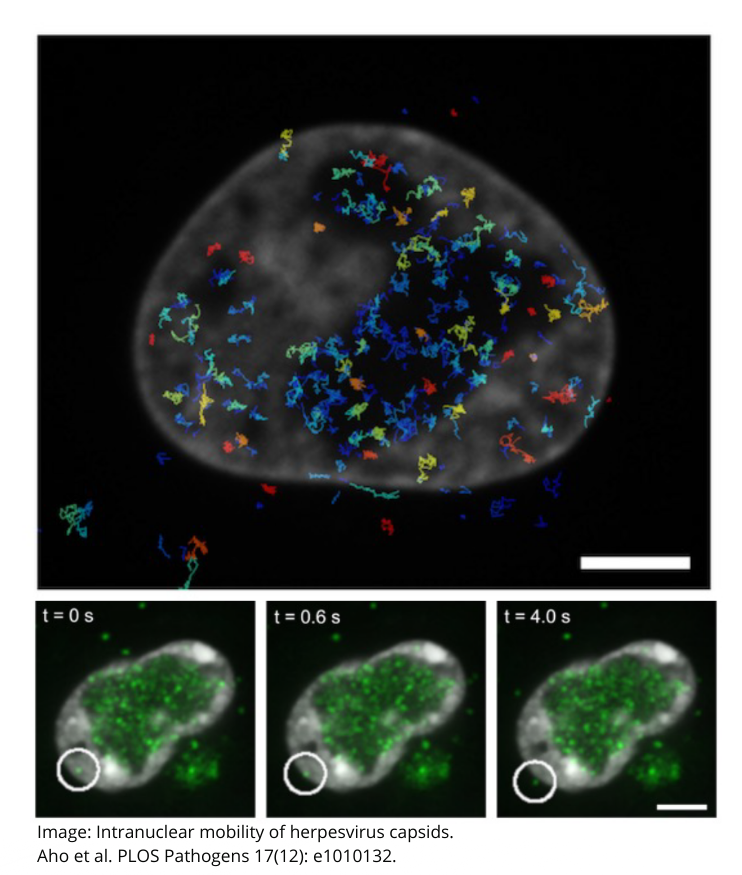 National Herpes Awareness Day, celebrated on October 13, is a chance to promote awareness about the causes, dangers, and treatment of many forms of herpes infections, notably genital herpes.

The World Health Organization (WHO) estimates that over half a billion people worldwide are living with genital herpes (herpes simplex virus type-2, HSV-2) and that approx. four billion people have an oral infection (herpes simplex virus type-1, HSV-1). Both HSV-1 and HSV-2 are lifelong infections and while several therapies exist that reduce the severity of symptoms, none can cure it and no vaccine is available. Both types are highly contagious with HSV-1 being transmitted by oral-to-oral contact and HSV-2 being primarily transmitted during sexual intercourse. There is an urgent need for a vaccine, not only to improve the well-being of over half of the world population but also because HSV-2 increases the risk of acquiring and transmitting HIV.

Enveloped HSV-1 particles have a spherical shape, with diameters ranging from 155 to 240 nm, each containing an icosahedral capsid with a viral linear double-stranded DNA genome. The HSV-1 replicates in the nucleus of the host cell and the progress of infection depends on the DNA replication and transcription machinery of the host (ref). Herpesviruses are not only significant pathogens causing e.g., cold sores and severe encephalitis but they are also promising candidates in supplementary oncolytic therapy. HSV-1 preferentially infects cancer cells. Recently, replication-competent HSV-1 vectors have been developed for the selective destruction of cancer cells (1,4–6). These vectors can kill the cells either by replicating them or by provoking an immune response against them. An engineered herpesvirus vector (talimogene laherparepvec, T-VEC), that induces an immune response against malignant melanoma cells, has been approved by European Medicines Agency and US Food and Drug Administration to treat advanced melanoma (6). The cancer-fighting vectors allow the initial transfer of the oncolytic virus into a small number of cells, after which the infection spreads to neighbouring cancer cells spontaneously. Gaining insight into the mechanisms of viral control of cell energy machinery and interchromatin transport during nuclear egress serves to identify novel strategies to improve viral spread, thereby increasing the efficacy of oncolysis. 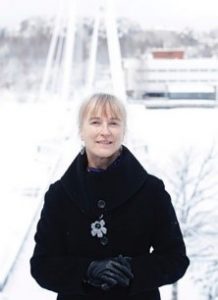 Principal Investigator, Dr Maija Vihinen-Ranta, from the University of Jyvaskyla in Finland, has invested several years of her career in researching the alteration of the chromatin structure in cell nuclei during herpesvirus infection (see links below). SiriusXT is proud that Dr Vihinen-Ranta has agreed to participate in the EU-funded project, CoCID, which aims to utilize soft x-ray microscopy to look at the cell structural changes caused by different virus types and to analyze the effectiveness of therapeutics in reversing these changes. The goal of Vihinen-Ranta is to provide knowledge on the mechanisms of virus-induced change in host chromatin and the nuclear egress of progeny viruses. In particular, the effective nuclear transport of the newly formed viral capsids before their release to the neighbouring cancer cells is studied.

A soft x-ray microscope developed (SXM) by SiriusXT is an essential tool in these studies. SXM generates high-resolution 3D tomographic reconstructions of intact infected cells and provides quantitative assessments of the molecular composition, structure, and biophysical properties of chromatin and nuclear structures.

Kenneth Fahy from SiriusXT interviewed Dr Vihinen-Ranta while she was in Dublin to attend a CoCID project meeting, where she talks about how soft x-ray microscopy has contributed to the progress made in her research.

Read the News in PDF

Listen to the full interview here