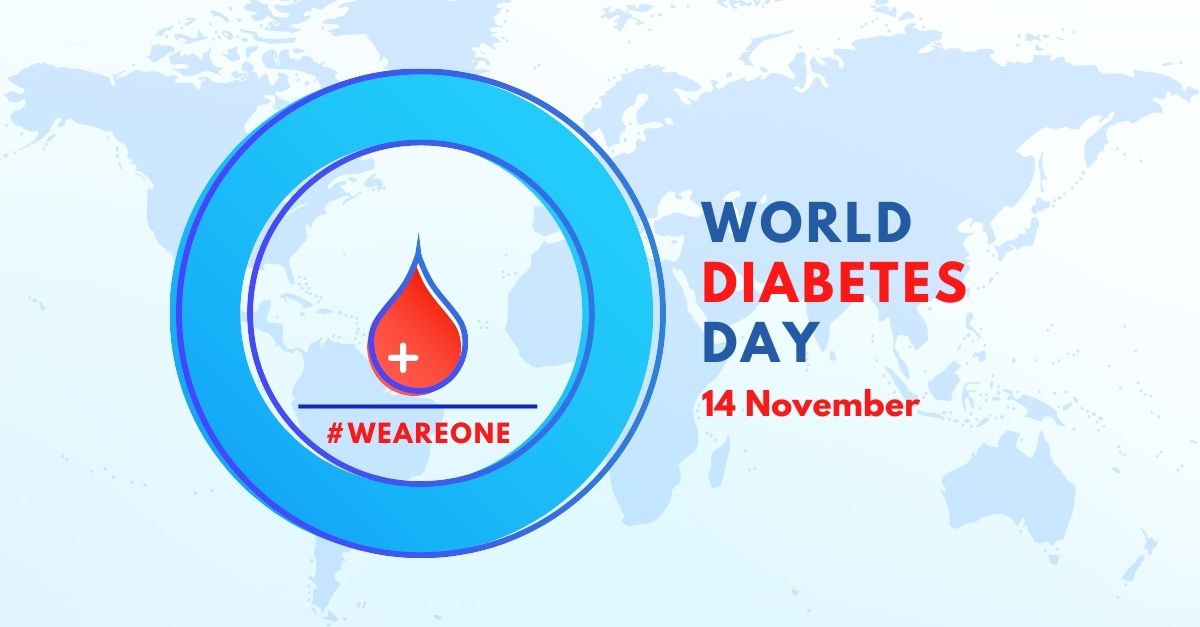 The global diabetes prevalence in 20 to 79 year olds in 2021 was estimated at over 530 million people, giving rise to healthcare costs of over $1 trillion – a number that has more than quadrupled over the past 15 years.

World Diabetes Day was introduced in 1991 in response to rising concerns about these escalating health costs and the threats posed by the disease. Every year on 14th November, World
Diabetes Day, which is also the birthday of Sir Frederick Banting, co-discoverer of insulin and its therapeutic potential, is celebrated to raise global awareness of Diabetes and how to prevent and cure it.

When a person digests food, glucose is produced and released into the bloodstream. In response, the pancreas releases insulin, which directs the muscle and fat cells to take in glucose. Cells obtain energy from this glucose, which is stored in organelle in the cell, called mitochondria.

Diabetes is a lifelong chronic disease that affects people whose pancreases do not create enough insulin or when their body does not adequately utilise the insulin, leaving an excess of sugar in the blood. This, in turn, can cause major health issues like kidney failure, loss of vision, heart attacks, strokes etc.

In the paper referenced below, researchers have used soft x-ray tomography (SXT) to study the relationship between insulin secretion and mitochondria changes. They have discovered a drug that can boost insulin secretion through the production of additional mitochondria in the cells to deal with the glucose levels in the bloodstream.

They have concluded that SXT’s ability to image cell structure, such as mitochondria, makes it an ideal imaging modality to understand the linkage between cell function and structure, providing a mechanism for validating the efficacy of drugs.

SiriusXT’s soft X-ray microscope (the SXT-100) allows researchers to image the whole internal structure of a cell, allowing the overall number, size and shape of organelles, such as mitochondria, to be accurately measured, without having to slice or stain the cell. This powerful instrument is now available as a laboratory instrument, increasing its flexibility, availability and utility for the disease and drug research community.
The diagram below shows mitochondria that was imaged in a HeLa cell, as a demonstration of theSXT-100’s ability to image the whole internal structure of an intact cell at nanometre-resolution. 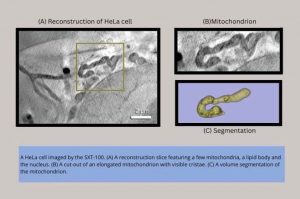