It is widely accepted that one of the main aims of imaging in biology is to achieve molecular localisation in the context of the overall structure of biological cells in their native state.

While this capability has been craved by biologists for many years, it is only very recently a practical possibility, thanks to the combination of two separate breakthroughs in cell imaging. The first of these is the current state of the art in cryo-soft x-ray tomography (cryo-SXT), which is the only imaging modality that can provide nanoscale 3D visualisation of the ultrastructure of cryo-preserved, unstained, whole cells thicker than 1 micrometre. The second of these breakthroughs is super-resolution cryo-fluorescence microscopy (cryo-SRFM), which enables the imaging of biological structures to similar levels of resolution as with cryo-SXT and an order of magnitude better than was previously thought possible using light as illumination.

The combination (or correlation) of the cryo-SXT and cryo-SRFM cell images adds functional information to structure, enabling studies of cellular events that cannot be captured using either light or soft x-ray microscopes alone (nor any other imaging modality).

A cell’s shape and the shape of its internal organelle are seen by Cell Biologists as important influencers of the DNA mutations in genes that can cause cancer. 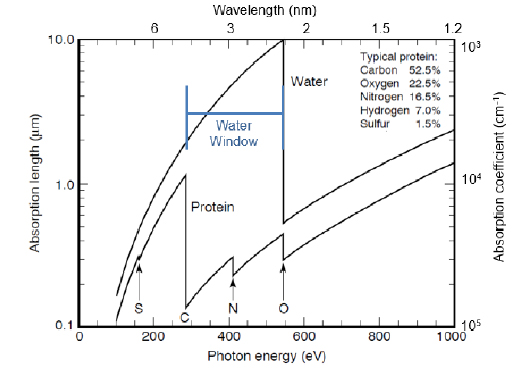 Soft x-ray imaging is carried out at a wavelength in the so-called ‘water window’ region of the electromagnetic spectrum. This window extends from the K-absorption edge of carbon (4.4 nm wavelength) to the K-edge  of Oxygen (2.33 nm wavelength). In this wavelength window, water is transparent to soft x-rays but the carbon-based organic molecules are absorbing. This results in soft x-ray images with a high natural contrast. 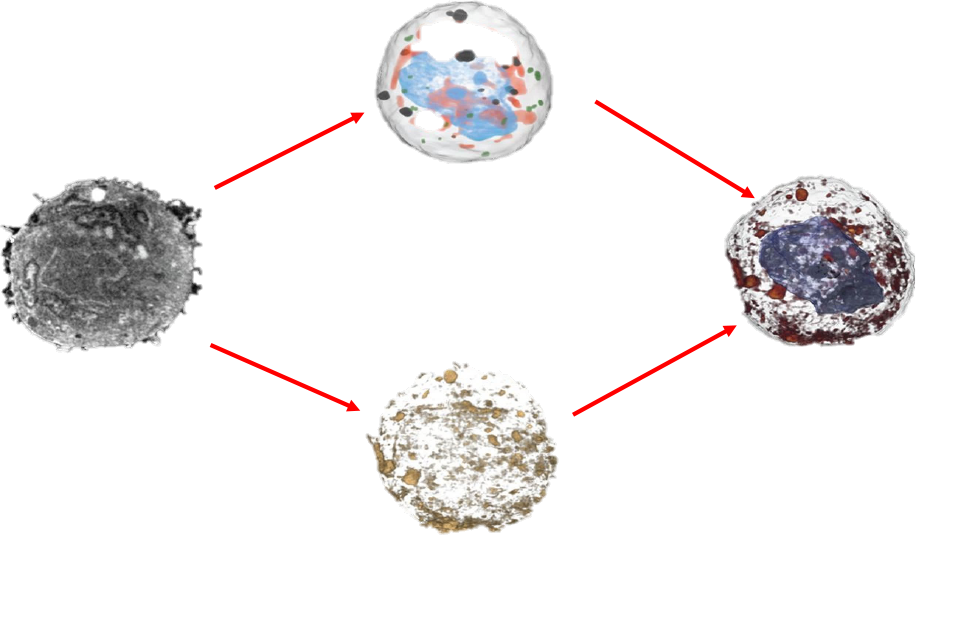 “from Journal of Cellular Biochemistry, 2014, ‘Putting molecules in their place’, by Bertrand P. Cinquin.”

The correlation of complementary imaging data, taken from the same specimen is a powerful technique, providing precise molecular localization (CFT) within a high-resolution 3D image of the whole cell structure (SXT).